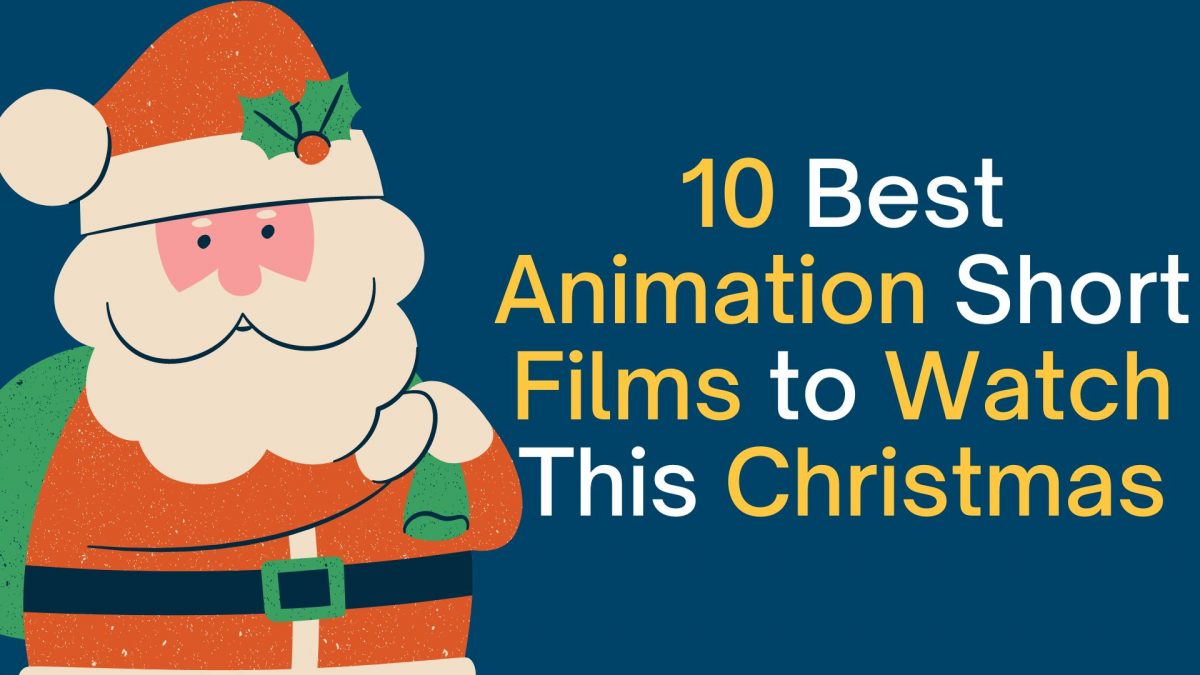 Christmas is so close that it is almost possible to hear the bells jingling. Aside from getting some much-
needed time off to spend with our families, it is also a magical time of year that allows us to catch up with

all the films we haven’t yet had the chance to watch. That said, Christmas is a very busy time and often quite overwhelming when you come from a big family. Sometimes the battle for the TV means that you don’t really get the chance to watch what you want in peace and quiet.
Added to overexcited family members, for parents at least, there is a surprising amount of work to be
done. Cooking Christmas dinner, breaking up arguments over who gets to pick the next thing to watch on
TV, and making sure Santa has delivered the presents, are all things that keep parents busy over
Christmas.

So how can anyone ever get the time to watch a film? Well, while this certainly makes watching feature-
length films difficult, there is a perfect answer – the short film.

Short films have a runtime of anywhere between 5 seconds to 45 minutes. This means that they can be
watched pretty much anytime. You can put on a short movie when preparing the dinner, taking a break,
waiting for the family to arrive – pretty much any time you want.
If you are a lover of animated films then Sofy.tv decided to put together a list of our top 10 Christmas short films to watch this Christmas. Happy watching!

1. Never Without My Denture

Directed by Hugo Favre & Thibault Spieser
France, 2016
5 min – Animation, Action, Comedy
Winner of no less than 28 awards including the Largo Film Awards and Ouchy Film Awards 2017, Never Without My Denture is a hilarious animation comedy that will have you and your whole family rolled up on the floor laughing.
Never Without My Denture tells the story of four elderly persons living in a nursing home, when one day while trying to watch their favorite soap opera, the evil nurse confiscates their TV remote. This is a must-watch Christmas animation short film.
You can watch Never Without My Denture on Sofy.tv via this link.
https://sofy.tv/viewer/film/never-without-my-denture

Directed by Mahboobeh Mohammadzaki
Afghanistan, 2018
5 min – Animation, Drama, Fantasy
Ever wondered what it would be like to live with a monster in your chest? No, me neither. Well, thankfully director Mahboobeh Mohammadzaki has, and that is the reason we have this superb animation fantasy short.
The film tells the story of a woman who lives with a monster in her chest. This film won an incredible 41 awards on the short international film circuit and is a great watch for parents and children this Christmas.

You can watch Pink on Sofy.tv via this link.
https://sofy.tv/viewer/film/pink

Again is a much-loved animation comedy that has been rated a chart-busting 8.5 out of 10 by Sofy.tv users.
This short is a 2D short animation that explores the notion that our lives are a series of meaningless routines.
You can watch Again on Sofy.tv via this link.
https://sofy.tv/viewer/film/again-1

4. Clotilda and the Wyvern

Winning two awards, one at Athens Animfest 2020 and one at NIFF London, Clotilda and the Wyvern is a heartfelt family animation short that tells the story of a damsel who must save her prince to win the day. This is a must-watch Christmas animation short movie for your family.
https://sofy.tv/viewer/film/clotilda-and-the-wyvern

Directed by Manuel Rossi
Argentina, 2020
2 min – Animation, Experimental
Flying Stars is yet another multi-award (14 awards in total) short animation film. At only 2 minutes you will be disappointed that it is not longer, however, Flying Stars is a wonderful experimental short that was made by scratching 35mm film.
The ‘plot’ focuses on a man who falls to a planet’s surface. He arrives with a camera and the desire to film everything he sees.
You can watch Flying Stars on Sofy.tv via this link.
https://sofy.tv/viewer/film/flying-stars-1

Mother is another top-rated by Sofy.tv users animated short movie. A little boy and his mother find themselves pushed to ethical extremes when they find a sinister item while out foraging. What will the pair decide to do?
This is another great family Christmas short animation film that you should definitely watch this Christmas.
You can watch Mother on Soty.tv via this link.
https://sofy.tv/viewer/film/mother

This entertaining 9-minute animation short is another great choice for this Christmas. The film tells the tale of a magic forest that is slowly dying due to a lack of light.
When out trying to find her reflection, Lile ends up wandering into the old lighthouse where she might just have found a way to save the forest.
You can watch Li.Le on Sofy.tv via this link.
https://sofy.tv/viewer/film/lile

This animated short film is not for everyone due to its adult themes, however, it is worth watching this Christmas-themed movie to find out. Lovers of this film can’t sing its praises enough. The plot tells of “Birdlime”, a sticky substance that is made from bark or mistletoe. It is spread on tree branches to trap birds so that they can be sold as pets. One day an unsuspecting bird lands on the birdlime and gets trapped in a cage surrounded by unfamiliar sounds and strange creatures. What will happen to it and will it be able to get free?

Directed by Serghei Chiviriga
Romania, 2017
12 min – Animation, Comedy, Crime
Scoring a very respectable 7.9 out of 10 with Sofy.tv users, The Best Customer is a hilarious story of a funeral home that one day received an order for 12 coffins from a mysterious man. The owners become suspicious and decide to investigate. What is their best customer up to?

Watch The Best Customer on Sofy.tv via this link.
https://sofy.tv/viewer/film/the-best-customer

Directed by Paulina Ziolkowska
Poland, 2018
12 min – Animation, Drama, Family
Winning no less than 14 international short movie awards in 2017, Oh Mother is a great family short
movie. A mother soon finds herself changing roles with her son. However, this relationship is threatened when the boy decides to leave his mother to start his own life. What will the mother do?
You can watch Oh Mother on Sofy.tv via this link to find out what happens.
https://sofy.tv/viewer/film/oh-mother
While Oh Mother is the last on Sofy.tv’s list of the top 10 animation shorts to watch this Christmas, there
are thousands more great short movies also available on Sofy.tv, more than enough to keep you busy this
Christmas and the next.