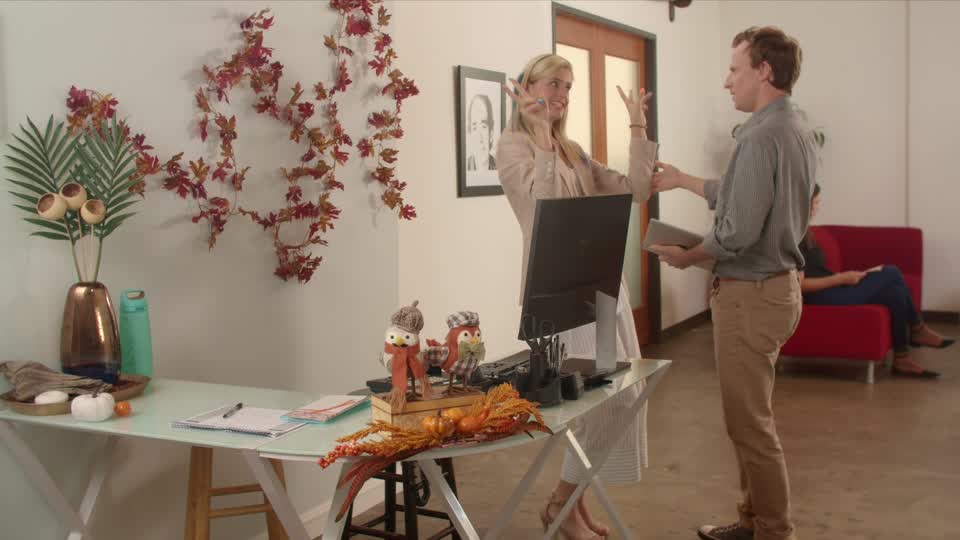 This week we had the chance to ask Roxanne Messina Captor some questions about her web series The Salon, and her thoughts on the filmmaking process and short film industry in general. Here’s what she had to tell us…

Interviewer: What inspired you to make this film?

Roxanne Messina Captor: The milu of a hair salon is such a rarefied atmosphere. People tell strangers their deepest secrets in this very safe place. I wanted to explore the relationships that could be made in this special place. We pushed the envelope on the multi generational, multi ethnic characters. One of our leads is a wonderful deaf actor. Most of the time I directed him as I would any other actor. Forgetting he was deaf.

Interviewer: From the lessons you have learned through your experience, what advice would you like to give to aspiring filmmakers?
Roxanne Messina Captor: This project was on a very tight budget. Most of the sets, costumes etc were donated or built on a shoestring. One must surround themselves with a good team and a good cast. It makes all the difference.

Interviewer: You define the hair salon as a very sacred place for women. Your short film “A Couple of White Chicks at the Hairdresser” takes a similar focus, but this time with The Salon, you created a short series. Can you tell us more about the thematic connections between these two projects and also the differences between them?
Roxanne Messina Captor: After writing, directing and producing the award winning, Cannes Short Film Corner, film “A Couple of White Chicks at the Hairdresser” with Shelley Long and Harry Shearer, I wanted to create a series based on the original characters. I found there were so many more stories to tell and wonderful characters to bring to the salon. A Digital Series was the way to go.

Interviewer: Why do you think Short films are important?
Roxanne Messina Captor: Very much so. A creator can explore topics in a short format that sometimes do not work in a longer version. I love shorts and the creative freedom it allows the filmmaker. I am glad that the US is starting to recognize this amazing art form. Europe always knew this was a special art.

Interviewer: Where do you see the film industry going in the next 3-5 years?
Roxanne Messina Captor: Hard question. I think everyone, studio head, producer, writer or director is asking these questions. Streaming is here to stay. However, how many services can the public pay for??! Some will remain and some will fall out; as with all businesses. As creators, we just need to keep creating no matter what the format.