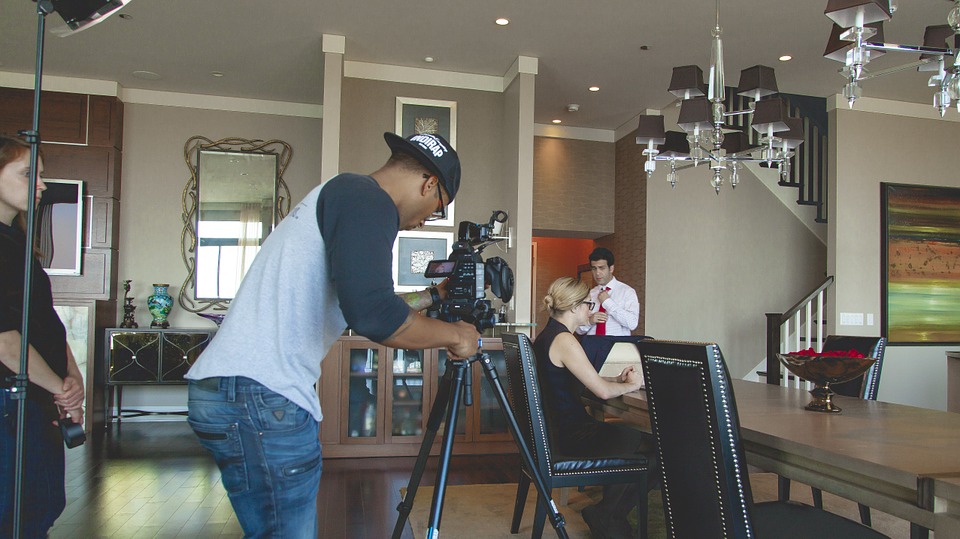 As part of my how to make a short film series for the Largo Films blog page I have written articles on “Using Product Placement to Help Finance Short Film” and “How to Make Your Short Film Better”. I recently began the move into the actual production side of things with an article entitled “10 Tips on How to Write Your First Short Film Screenplay”.

Given that the vast majority of short films are made with budgets that are anything but ideal, the next step I want to look at is how to produce a low budget short movie.

The power of films to entertain us as human beings is amazing. I believe our world is a much richer place because short filmmakers everywhere are running around pointing their cameras at anything they believe others might be interested in seeing.

If you are one such individual and have found it difficult to find all the money that you need to make your next short film then here is a quick guide on how to proceed.

1. Be Prepared to Sacrifice

The hardest thing about being an artist is not being able to fully realize your artistic vision. Money is a huge factor as to whether what is in your head actually makes it up onscreen. Without enough of it, elaborate special effects and lighting will have to be scaled back or not included at all.

Be prepared to compromise your original vision and be innovative in finding a solution. Even with the biggest productions, filmmakers often have to make concessions, so don’t think you are alone. The reason director Stanley Kubrick never got around to filming his original version of AI, for example, was because robotics or CGI was not advanced enough to let him realize his vision.

There is no point in writing a short film script that features huge intergalactic space battles or complex shots that take a lot of time and money to set up. Your script needs to be written with certain limitations in mind. Instead, make sure that you write a captivating script that is on a smaller scale to help keep costs down.

Films such as Withnail & I and 12 Angry Men are great examples of excellent screenplays that have low scale qualities. A small number of locations and fewer protagonists are all good ways to save money without having to compromise quality.

3. Planning is a great way to keep costs down

It might not seem like a particularly great way to save money but detailed planning really does help. Planning scenes before the cast and crew are assembled en masse helps to trim off waste. Another way it helps is by allowing directors to arrange the scene shoot order to make it as efficient as possible. Part of this planning will be to arrange ‘alternate shoots’ that can be done in the case that the weather or something else prevents the planned scene from being filmed.

Adopting a cinéma vérité approach to the style of your film will also help to minimize shooting costs. The world is full of stunning locations to film scenes, most of which can be accessed almost entirely for free too. While most city locations usually require some form of permit, countryside locations are usually free. Permits are very inexpensive for most locations and often don’t often even apply to short films.

Having the courage to shoot in a documentary style will not only give your film a raw feel but will also save a fortune too. Documentary filmmaking uses the environments and people that are around at any given time. This approach makes films seem more realistic and less polished.

Most bystanders will be more than happy to be in your film. So provided the scene you are shooting can be filmed quickly, it is a great idea just to get bystanders in to help out. More than once a filmmaker has grabbed a passerby and put them in the film, the same goes for props too. If you see someone with something you want for your movie, a car, for example, offer them a part in exchange for letting you shoot it. Very few people say no.

Keep in mind that outdoor environments do pose a real challenge so far as lighting and sound go. If you do choose to shoot in a lot of public locations then make sure you are prepared to overcome these challenges.

5. Get the Best Possible Cast

While every short filmmaker would love to have a big-name actor like Gary Oldman to appear in their film, the fact is that money matters. Most distributors are going to ask you who is in your film before they ask what it is about. While you won’t be able to get hold of any big name actors, you can still get great actors who have not yet made it.

Up and coming actors want to get their talents noticed just as much as you want your film to succeed. The advantage of actors such as these is they are willing to really put the extra time in for little extra cost. When casting your film look for dedication as much as you look for suitability for the role.

I cannot emphasize enough the importance of quality over quantity. If the budget is too thin and there is not enough time to raise extra cash then it is worth taking a hard look whether the film can be shortened or other changes made.

No matter what, you should ensure that what appears on screen looks and feels like a high production film. Even if you have gone for a documentary approach, production values such as lighting, sound and acting should always be top notch. The last thing you want is for your name to be mentioned in the same breath as Ed Wood after all.