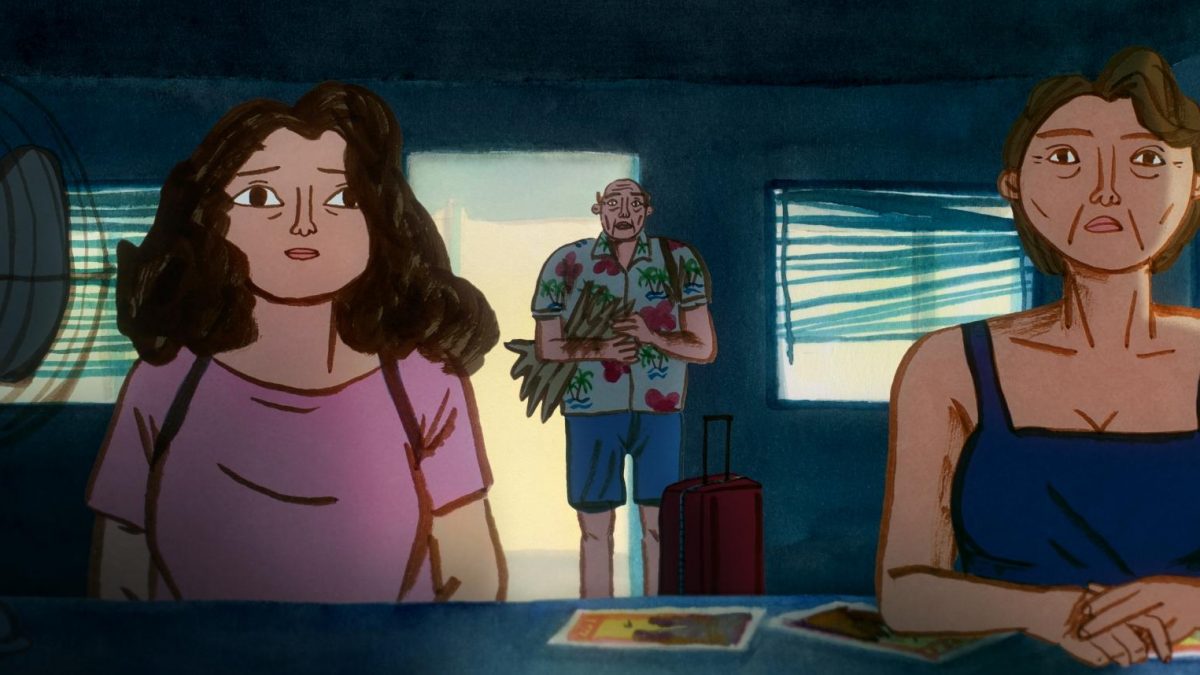 The animated short film “Trona Pinnacles,” directed by Mathilde Parquet has been selected in more than 60 festivals round the world and has won 7 awards. It’s a beautifully created and traditionally animated film that uses drenched watercolour and wash to evoke the powerful, desert landscape of Death Valley, California.

There is a free, loose style to much of the drawings that adds to a strong filmic realism. Some of the shots are reminiscent of live-action film classics filmed against desert landscapes, road movies such as “Paris Texas,” or “Thelma and Louise.” The motel set in the stark valley with its perfect blue swimming pool feels inspired by Hockney’s “Splash.”

The story itself is a familiar tale of complex family dynamics; a teenage girl feels trapped between her distant parents who no longer speak to each other. There is a strong sense of discord played out against the immense, unforgivable desert landscape of Death Valley. The huge, dark star-filled sky and the ominous presence of the rocks add to the atmosphere.

When finally the characters are drawn to the film’s inevitable conclusion, it feels very much like the vast desert itself has been instrumental in shifting their perspective and allowing for healing to take place. All this is accomplished in just 13 minutes and with minimal dialogue. It’s a huge feat for director Mathilde Parquet and the awards are well deserved. We’ll be excited to see what she does next.

A Short Interview With Amir Karami, Director Of Death Locked Out