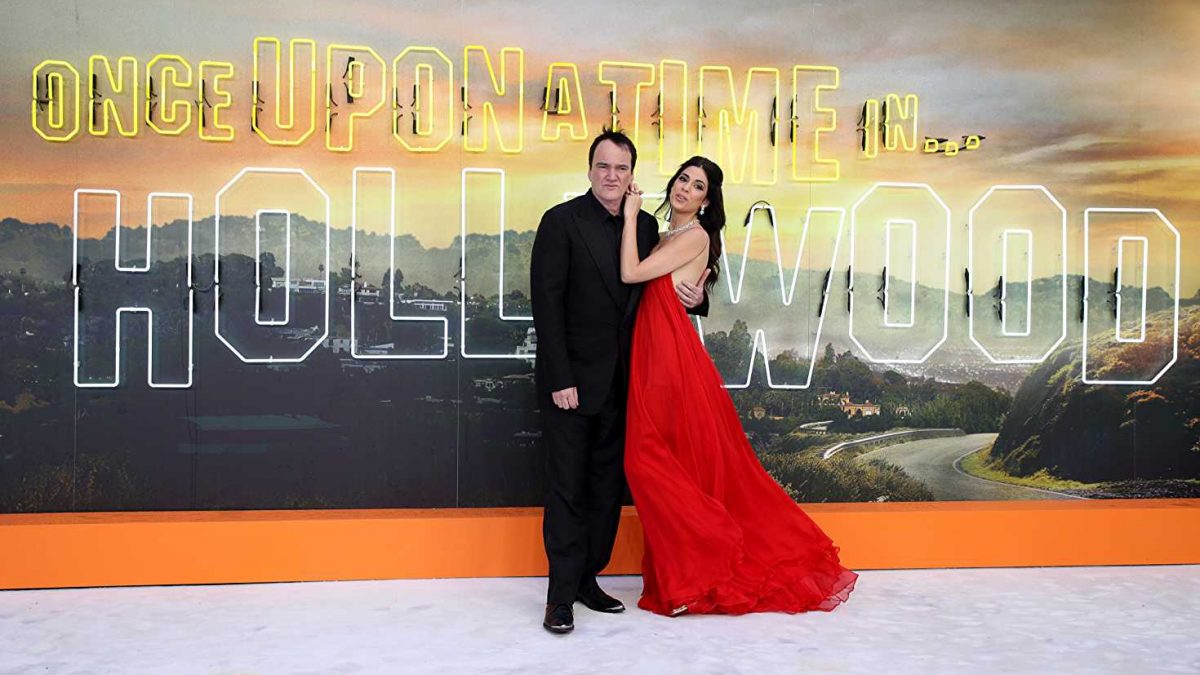 With Tarantino once again under fire, we ask whether the criticism is justified?

Fans of director Quentin Tarantino will hardly be surprised to hear that he is once again under attack.

The now legendary director has been under the spotlight ever since the release of his 1992 movie Reservoir Dogs.

In interview after interview, Tarantino has publicly fought to defend his use of movie violence.

With accusations that movie violence leads to real-world violence, Tarantino time and time again has entered angry discussions with his interviewers.

To this day, opinion has remained divided as to whether movie violence leads to copycat real-world violence.

Academics, critics, and pundits on both sides still make strong arguments to support their viewpoints.

Many academics, such as professor of psychology Christopher Ferguson, have joined with Tarantino to debunk what they claimed to be as a nonfactual assertion.

Ferguson stated that “there is no evidence to support these claims that violent media and real-world violence are connected.” He even went on to cite a U.S Supreme Court ruling in 2011 that found no connection between video game violence and social misbehavior.

Since there are relatively few documented copycat killings, and not a great deal of concrete evidence relating to the assertion that movie violence directly causes real-world violence, it seems for the time being that movies will be forgiven for containing violence.

While the jury is still out Tarantino himself has remained unrelenting in his dismissal of this claim.

As if Tarantino didn’t have his hands full fighting this particular issue, he is now back in hot water once again over his latest film Once Upon a time in Hollywood.

Who could be better than Tarantino to direct a movie about classic Hollywood?

The director is well known for his extreme dedication and love of all things to do with film.

Once, when asked about what it takes to become a successful movie director, Tarantino replied that it is important to eat, sleep, and drink movies. The filmmaker is famous for his love of B-Movies as well as cult films.

The significance of choosing 10 movies was also revealed recently when Tarantino made it known that he was retiring from filmmaking after having made 10 feature films.

While many movie fans doubt that the directory will be able to give up movie-making forever, the announcement has indeed shocked Hollywood to its very core.

Once Upon A Time In Hollywood Controversy

Tarantino was at the Cannes Film Festival promoting Once Upon A Time In Hollywood when, during a press interview, he was asked by a New York Times Reporter why actress Margot Robbie wasn’t given more dialogue in the film.

Margot, who has worked with Tarantino before, plays the role of actress Sharon Tate, who was brutally murdered by members of the Manson family in the 1960s.

Without giving away anything in the way of plot development, the Tate murders play an integral part in the plot of the movie.

After being asked the question, Tarantino appeared visibly annoyed and aggressively retorted “I reject your hypothesis.”

Intterupting the subsequent uncomfortable silence, Margot jumped to Tarantino’s defense saying that  “I think the moments I was on screen gave a moment to honor Sharon,” before going onto say “I did feel like I got a lot of time to explore the character without dialogue, which is an interesting thing. Rarely do I get an opportunity to spend so much time on my own as a character.”

Despite her valid defense, The New York times, as well as much of the mainstream media, were quick to condemn Tarantino on sexist grounds for not giving is female actresses enough speaking parts.

One media outlet even went so far as to watch all of Tarantino’s movies to count the amount of dialogue given to women and then compare it to that of their male counterparts. Is Tarantino A Sexist?

The world is now wondering whether Quentin Tarantino is a violence loving sexist?

While only Tarantino truly knows this answer, it seems that we are now beginning to set and uncomfortable precedent with the standards we hold Hollywood to.

Interestingly, the New York Times reporter that put the question to Tarantino made no reference to the LGBTQ community and their complete absence from Tarantino films.

Could we, therefore, point the same finger at the New York Times reporter for her prejudice in not mentioning perceived prejudice towards the LGBTQ community?

As you can see from this example, this is a very slippery slope that can only end when all communities feel that they have equal representation on screen.

This would lead to the kind of politically correct movies shy away from the real issues in favor of attempting to simply not cause offense.

One example of how much political correctness destroys the issues was highlighted by comedy great George Carlin in his comedy routine regarding the cowardice behind changing the term “shell shock” into “post-traumatic stress disorder”.

The comedian rightly sums up that if society was allowed to hide serious issues behind cowardly terms that mask the true issues, then perhaps the huge number of affected veterans would now be receiving the treatment that they so desperately need.

The lunacy of this approach is highlighted by the recent change of the James Bond into a woman. For this author, this represents a sad pacification of what true feminism is fighting for.

Responding to valid and often heart-wrenching persecution and prejudice by patching up a few surface level holes and assimilating females into traditionally male roles is a lost battle.

This way, women will become nothing more that women acting in traditionally male roles.

The work of cinematic great Pedro Almodóvar (yes I am aware that he is a man, but I’m talking about the actresses) is one example of how women, if free to explore their true range and creativity can carve out new an exciting role models for women both onscreen and as role models in society.

Creativity has always been one of the key weapons in fighting bigotry and prejudice.

Rather than attacking male movie directors for not representing women enough on screen, in this author’s view, the only way to truly make the change that leads to positive role models is to empower women by allowing them to create and represent powerful new female role models onscreen.

So if you are listening Hollywood, it’s time that you green light more projects where we see actresses challenged and getting to explore more complex and diverse female roles up there on the silver screen.