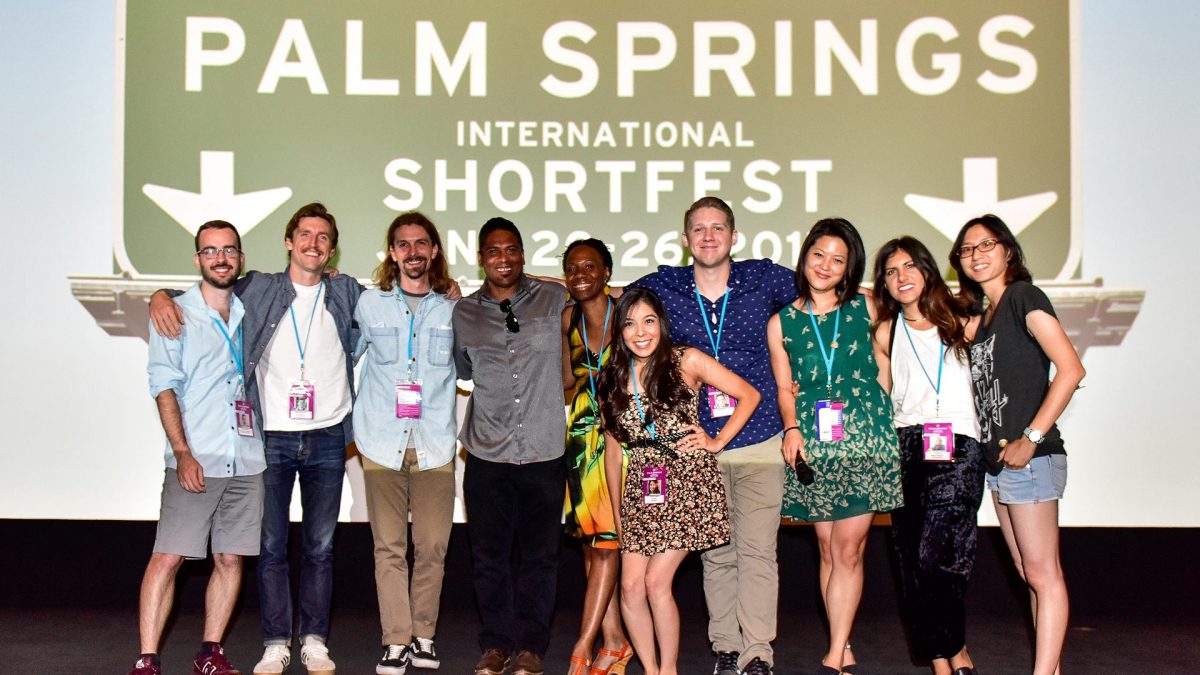 The 24th Palm Springs International ShortFest 2018 is about to begin

Launched in 1995, the Shortfest film festival had an audience of just 2,400 loyal filmgoers. Each person paid just $5 each to gain entry to all the festivals 80 or so short films. The organizers had little knowledge at the time that the festival would grow into one of the premium short film events in the United States.

By 1996, the festival had grown into an event that showcased more than 200 films during its short seven-day duration. It was also in 1996, that it was designated an Oscar qualifying event by the Academy of Motion Picture Arts and Sciences.

Since this date, more than 100 films shown at the festival have gone on to gain Academy Award nominations, while some have even managed to clinch the Oscar. By the year 2,000, the festival was gaining upwards of 1,000 film submissions.

Last year, the Palm Springs International ShortFest received more than 3,500 entries and had an audience of 25,000 film lovers. The event also attracted more than 600 filmmakers from around the world.

The festival takes place from January 2nd until January 15th, 2018.  The festival showcases more than 400 short films from over 70 countries. All of the accepted entries are eligible to be put forward as The Palm Springs International ShortFest’s nomination for entry into The Academy Awards, BAFTA and Goya festivals later in the year. Winners of the much converted 1st place prize in the categories of the best non-student documentary, the best non-student animation, the best non-student live-action award, and the best of the Fest award will automatically be put forward for nomination to the Academy of Motion Picture Arts and Sciences short film awards.

The Palm Springs International ShortFest features 17 separate categories that include best film, best director, best screenplay and best non-student animation. Each of these categories gives the nominees the chance to win prize money and services that were worth more than $70,000 in 2017.

What can we expect from the Palm Springs International ShortFest 2018?

Last year’s festival featured over 70 film premieres. This is roughly 1/5 of all the films shown and highlights just how dedicated about raising awareness of new talent the festival really is. With more than 40 of these films coming from right here in the USA, the festival is also doing a great service to domestic filmmakers too.

The 2018 Palm Springs International festival is split into the following events:

For full program listings of all these events as well as more information about the entries, you can click this link: Festival Program.

Ticket Sales begin on December 22nd, so be sure to make sure to reserve your tickets early. For those devout short film lovers who wish to attend multiple events, you can purchase a special film festival pass rather than individual tickets.

Types of passes vary according to festival access. The most comprehensive pass is the Benefactor Pass which is priced at $3,000. With this pass, you will be able to attend any event/screening of your choosing including the Film Awards Gala. You will be able to mingle backstage with celebrities and get front row seats at screenings.

If the Benefactor Pass is a little out of your budget then for $500 you can get the Platinum Pass. This pass allows you access to all the events but doesn’t offer front row seats.

Alternatively, festival goers can opt for either the Silver ‘A’ Pass or the Silver ‘B’ Pass, both of which are priced at $375 each. These passes include all the screenings for all the nights. They don’t, however, include the Opening Night, Closing Night, Best of Fest and all other receptions and parties. So if you are a film lover who prefers to stick to the films rather than socializing then the Silver Pass is the best choice for you.

How to enter your short film?

The great news for aspiring young film directors who wish to showcase their short film is that anyone is eligible to enter their film into the Palm Springs International ShortFest. All entries will be considered regardless of budget and theme.

Films will be viewed by a panel of judges to determine whether or not they will be entered into the festival’s competitions. For those who are not able to make it through, the great news is that all films entered will be included in the Market.

The Market is part of the festival and allows non-contest films to be screened via special viewing stations. These viewing stations are open to certified distributors, sales agents, and other industry insiders.  They offer an excellent way for filmmakers to get their work seen and hopefully noticed. In the past, numerous films have gotten attention in this manner where they have later been premiered at other festivals.

Being shown at the market will not affect a films premiere status. For more information on the Market you can contact the festival organizers via this email address: info@psfilmfest.org.