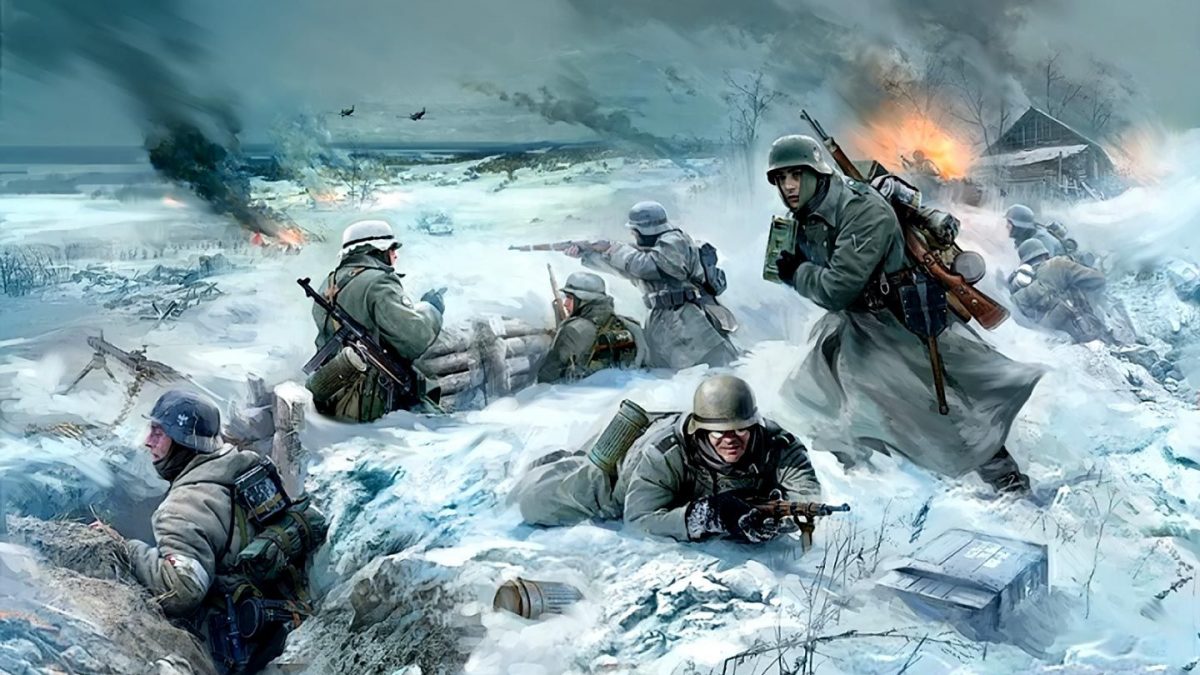 More than 80 years have passed since the Second World War. This horrific war cost some 60 million people their lives while nearly obliterating large parts of the world.

Before the war had even ended, most of the countries involved in the fighting were making movies about it. Hollywood, in particular, made scores of movies in an attempt to do its bit for the war effort by spreading positive propaganda.

Many of the United States’ biggest movie industry names pitched in to help make these pictures. John Ford, Frank Capra, and John Huston were just a few examples. The same story was repeated in Britain, Germany, Italy, France, and Russia.

After the war, the WWII genre remained very popular for several decades before it gradually began to fade.

By the 2000s, most countries had turned their back on large budget battle movies in favor of ones that told harrowing personal tales of struggle. Films like Schindler’s List and Life Is Beautiful are particularly notable examples.

To celebrate how filmmakers were able to turn such a horrific struggle into great art, Sofy.tv has put together a list of the 10 best World War 2 movies of all time.

Casablanca is the war movie where we never see the war. Instead, the effects of World War 2 hang like a dark shadow over every moment in the movie.

Wonderfully ambient, the movie’s protagonists all find themselves in Vichy controlled Casablanca. While doing their best to be polite to one another, the movie throws both the allies and axis powers together into a cooking pot. Trying to keep the peace is the cynical American ‘Rick’, who won’t stand for any trouble in his place.

Meanwhile, Rick has problems of his own, both romantically and trying to battle his deeply buried desires to be on the side of right.

2. Bridge Over The River Kwai

Arguably the greatest WW2 epic, David Lean’s Bridge Over The River Kwai is a masterpiece.

The movie follows a group of British prisoners of war who find themselves working on the Burma railway for the Japanese. The movie focuses on the clash between British expectations of fair and legal treatment, and the Japanese’s contempt of soldiers who dared to let themselves be captured alive.

The film’s focus on the triumph of the human spirit, even under the harshest conditions, takes a dark turn when one man’s pride nearly causes a catastrophe. While the plot to Saving Private Ryan is nothing original, and its need to focus solely on the sacrifice made by The United States, the move represents a culmination of the evolution of the second world war movie.

Whether we ever see another that outdoes Saving Private Ryan seems unlikely.

After several decades away from making movies, director Terrence Malick returned with another movie masterpiece. The Thin Red Line spends as much time dealing with its characters’ introspections as it does fighting battles. This original approach, done in Malick’s unique cinematic style, gives an entirely new perspective on the WW2 movie.

German U Boat crews had one of the highest death rates of any service in the war. These men lived in the harshest conditions and were under constant fear of being discovered and blown out of the water. Das Boot tells the tale of a U Boat crew as they go from the hunter to the hunter. This harrowing movie is a definite classic WW2 movie.

When legendary director Steven Spielberg announced that he was making a World War 2 movie that would be entirely in black and white, it raised a few eyebrows, to say the least.

What would emerge is a touching true-life tale about Oscar Schindler, a German industrialist who goes from Nazi party member to someone who spends his fortune trying to save the lives of as many Jews as he can.

For decades, the idea of making a feature film about dictator Adolf Hitler was a total taboo.

Downfall details the last few days of Hitler’s life as the Russians are closing in all around him. The film’s focus on realism, even showing Hitler’s more sentimental and human side, makes this a true work of art. Not only did the movie break down many taboos, but it also made new ground when it comes to the war movie.

This now legendary movie is full of iconic moments, including the famous motorcycle chase where Steve McQueen attempts to escape his Nazi pursuers. The Great Escape is another movie that focuses on the triumph of the human spirit over seemingly insurmountable odds. The movie’s story is made even more poignant to discover that it was based on real-life events.

The role which won actor George C. Scott an Oscar, Patton follows the war exploits of the famous U.S general of the same name.

Another war epic, Patton dissects one of the United States’ most revered generals to show a no holds barred of the real man in all his glory and delusions.

Long before Saving Private Ryan broke new boundaries for its use of realism, The Longest Day did the same.

The movie features an all-star cast that included everyone from John Wayne to Kenneth More. It also employed real-life D-day veterans to give the film as real-life a look as possible. The Longest Day is classic Hollywood and remains one of the greatest second world war movies ever made.