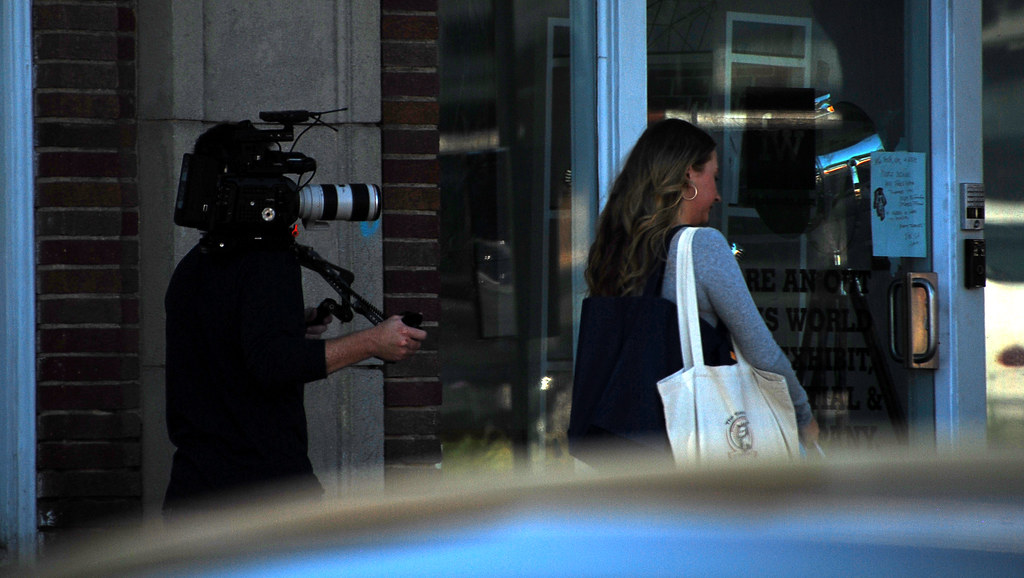 The documentary is as old as film itself. In fact, the very first movies ever made were documentaries.

The now infamous Train Pulling Into A Station by the Lumiere brothers is an example of an early documentary film.

It was only later, as movie reels got longer, that moviemakers were able to create new genres such as feature films by adding stories or special effects.

Today, documentary movies are as popular as ever. They remain one of the most viewed types of movies around the world.

In the late 1970s, early 1980s, a new branch of documentary film that’s became known as the ‘Mockumentary’ was born.

Let’s take a look at the 8 best mockumentaries ever.

Though it was not the first-ever mockumentary, Spinal Tap is widely regarded as being the best mockumentary ever made.

The 1960s and 70s popularized the music documentary film. Bands such as The Beatles and The Rolling Stones had documentaries made about their lives.

Films such as Gimmie Shelter and Cocksucker Blues demasked the allure around these bands as being God-like. Thanks in part to excessive drug use, members of The Rolling Stones come across as being quite dimwitted and pretentious. It seemed almost inevitable that there would be some form of backlash. That backlash came in the form of Rob Reiner’s This Is Spinal Tap, a film that deconstructed the legend around rock stars by portraying the members of the group as laughable idiots.

With lyrics like “the bigger the cushion, the sweeter the pushing”, who can help not crawling around the floor in laughter at this hilarious mockumentary.

This still relatively unknown mockumentary is as original as it is bizarre.

A documentary film crew follow a psychotic serial killer as he goes on a killing spree. Rather than being a sinister and unlikable person, serial killer, Benoit, is a hilarious, moralizing individual who fails to see the sheer evil in his crimes. Whilst killing postmen and old ladies, Benoit takes time out to complain about social issues such as housing and immigration.

Man Bites Dog is a wonderfully original mockumentary that should be on everyone’s DVD shelf.

After his triumph starring in Spinal Tap, actor Christopher guest went on to direct his own mockumentary.

Best In Show is an absurd take on dog beauty contests. The movie is full of hilarious one-liners as the leading characters jump from one absurdity to another. Best In Show is a fantastic mockumentary that is well-deserving of a watch.

Satirist Sacha Baron Cohen originally devised the character of Borat for a late-night slot on the 11 O’Clock Show. After one of his other characters, Ali G, went global with his first movie, Cohen turned to Borat for his second mockumentary. Borat journeys from his native Kazakhstan to the United States of America in order to make a film about life there. Along the way, he falls in love with Pamela Anderson and breaks up with his long-time producer.

Cohen’s impersonation was so good that in a post-911 United States, it caused concerned citizens to call the FBI regarding a strange character they had interacted with. The film certainly took guts to make and deservedly won a top slot in the US box office.

Satirizing bands has undoubtedly been the backbone of the most successful mockumentaries. A Mighty Wind is no exception.

The film reunites the cast of This Is Spinal Tap, along with actors such as Eugene levy in a hilarious mockumentary. After their lifelong producer dies, a once-popular bluegrass folk band decide to reunite in order to take part in a tribute concert for him.

Things don’t go well as the band struggles to get ready for the concert.

If there was one industry that was ripe for a mockumentary, it was the fashion beauty pageant.

The success of the mockumentary had not gone unnoticed in Hollywood. When a major production company decided to sign up an all assorted cast of Hollywood A-listers to create a mockumentary, it promised to be a great movie. However, for reasons still unknown, Drop Dead Gorgeous tanked at the box office, putting end to Hollywood’s interest in the genre. However, the film was to slowly gather a cult following, who recognized the film as a mockumentary classic.

The film follows a group of contestants as they do battle in order to win a beauty pageant. Often very close to the bone, the film mocks the candidates as well as beauty contests in general.

In 1993, two movies were released that satirized the rap movement. Chris Rock’s CB4 and Fear of a Black Hat.

Both movies took aim at bands like Public Enemy, PM Dawn and Salt ‘n’ Pepa, and gave them a satirized look. While CB4 is indeed a hilarious mockumentary, it is Fear of a Black Hat that comes out on top. The film features some great one-liners as well as lots of hilarious songs. If you have not yet seen Fear of a Black Hat, it’s time to hit Netflix to watch it.

At a time of heightened terrorist alerts after a wave of attacks in Europe, who else other than legendary comedian Chris Morris would tackle a subject of such controversy. In his first feature film, Morris tells the story of 4 radicalized Muslims who decide to commit a terrorist attack in London. The film is agonizingly painful to watch but at the same time absolutely hilarious.

Four Lions deserves this place is one of the bravest mockumentary movies of all time.