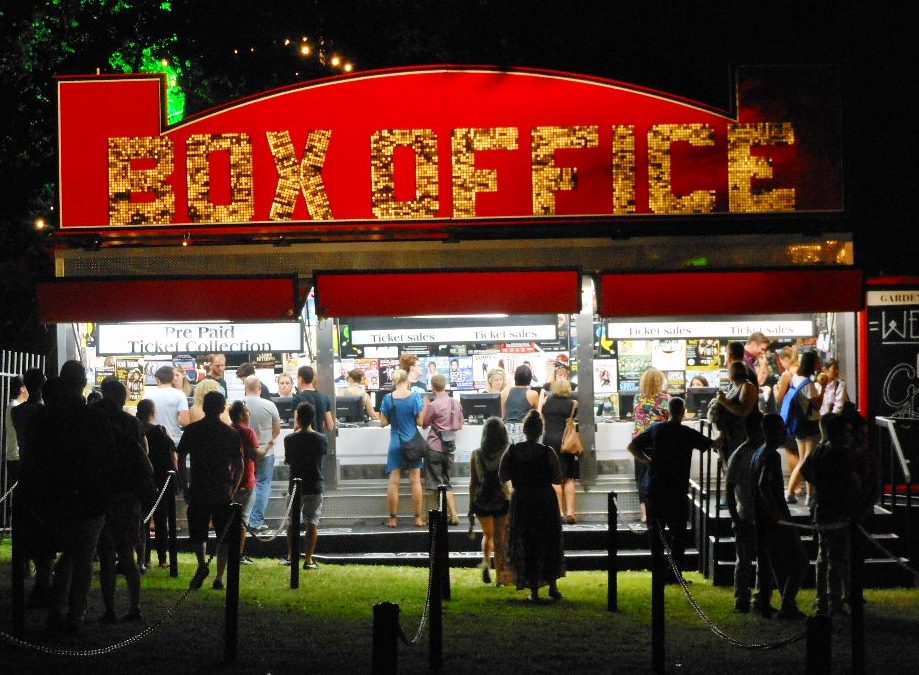 Over the past few months, we have explained many of the ways that big data analytics or data-driven movie making is going to revolutionize the industry.

We have covered everything from how it will help producers choose the right stars for their movies to how it will allow effective target marketing that will it sure the maximum return on investment for each dollar of the marketing budget.

All of these advancements are going to help filmmakers and production companies ensure their movies are a success.

One area that we have also touched on is how data-driven movie-making can provide accurate film gross predictions as early as the script phase.

Not only does such insight allow production companies to only green light projects that they know will bring a return on investment, but it will also allow companies to accurately budget the movies that they produce.

In this article, we are going to take a look at how accurate gross predictions are going to allow the industry to budget every movie it makes.

We at Largo are working tirelessly to try to improve the accuracy of the predictions that we offer movie makers.

To date, we have analyzed over 200,000 movies with our sophisticated big data analytics software that we call LargoAI.

Analyzing this amount of data has led to LargoAI becoming increasingly sophisticated and accurate.

If you wish to see a demonstration of its accuracy then head to our Largo AI YouTube channel and see how its predictions match up with reality.

While we are proud of the accuracy of LargoAI, we are always working on how to improve it.

We recently scored a big success when we accurately predicted the gross revenue for Sony Entertainment’s film Venom.

Our success has not been limited to large blockbusters either. We at Largo also offer our services to small budget productions and independent filmmakers.

Since productions of all sizes now have access to accurate gross predictions relating to the movies they are making, how can they use these to budget their films?

Planning From The Future

If only gamblers could find a way to see into the future.

Thanks to big data analytics, moviemakers are now able to do just that.

Since we already mentioned the success LargoAI had in predicting the final USA gross for the movie Venom, let’s take a look at how this could have helped the producers set the budget.

Sony entertainment is one of the big Hollywood studios.

To understand their business model, we must first understand that they look at the whole picture rather than the individual movies they make.

Provided that the studio can produce three to four smash-hit blockbuster movies each year then they can write off the remaining movies that may only turn smaller profits, break-even, or even lose money.

The beauty of big data analytics is that its accuracy has the power to make this business model obsolete.

Movie production companies will now be able to budget on a movie by movie basis.

Let’s look at how that will work.

While on a vastly bigger scale, budgeting a blockbuster will be much the same as budgeting any movie.

Thanks to big analytics predicting an accurate final gross, movie production companies will be able to apply a simple formula:

However, this figure would give the production company an accurate amount that is available to spend. Due to much more reliable profit predictions, companies will be able to assign higher levels of investment to each film as they won’t need to contend with the volatility of the current movie production model.

So, for example, production companies may decide upon revenues of 20% to 30%, which will more than cover the outlay of our sums of money.

Typically, on the kind of sums of money needed to make a feature movie, banks won’t charge more than 3 to 4%.

This means that companies will be able to afford to take the risk of taking out even more loans to finance the production of even more movies.

Thanks to video-on-demand streaming sites such as Netflix, which pay studios for content, movie production companies will even be able to produce specific movies for markets like these and therefore bypass movie theaters entirely.

Such a development will likely ensure better quality feature films being produced, something which has been sadly lacking in recent years.

Naturally, Sony Entertainment would be looking to make its budgetary predictions based on total gross.

In the case of Venom, the studio allocated a budget that was approximately 1/8 of the films total gross.

If we assume this proportion of production costs to final gross as being favorable for the studio then all of the movies that it produces could be allocated a budget 1/8 of the expected total gross. For those movies where the production budget represented a far bigger slice of the gross, where perhaps producers are faced with the question of allocating insufficient production budget, companies would be able to make educated decisions as to whether to go ahead with the movie or not.

Big data analytics is going to be big business in the movie industry very soon. It will completely upend conventional movie production models that have been around since the 1930s and 40s.

If you wish to learn more about how big data analytics can help you predict your movie gross then contact Largo for more details.

How Data-driven Moviemaking Can Help You with Target Marketing

10 Actors Who Turned Down Great Roles