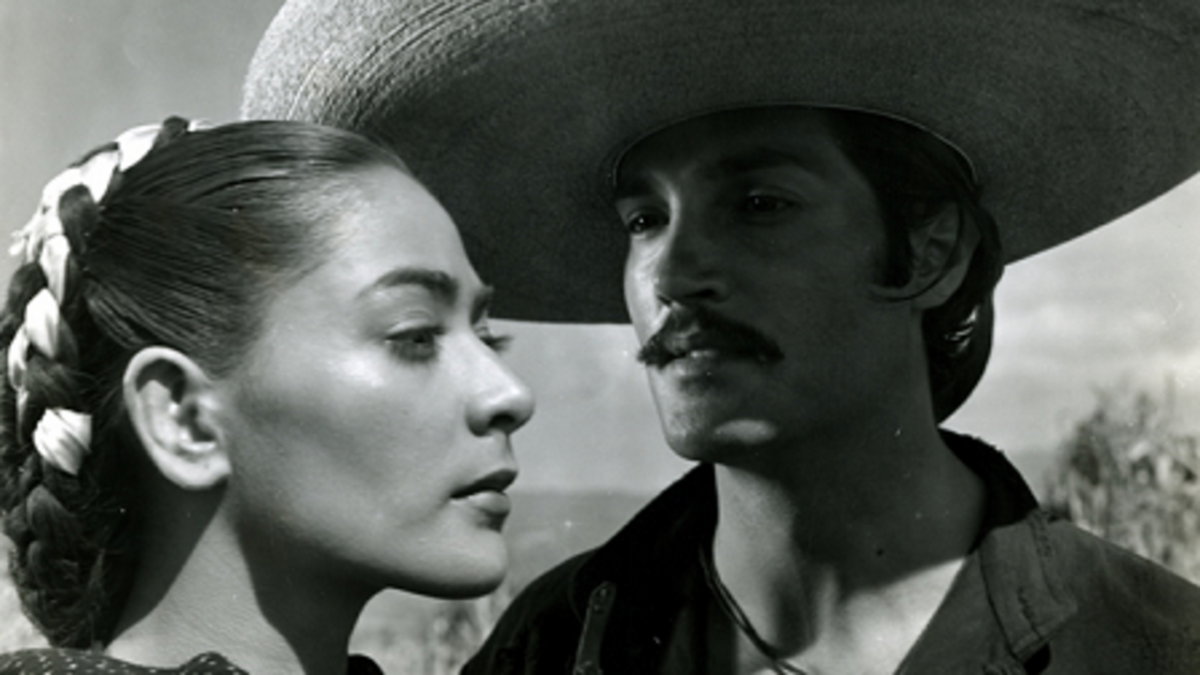 The Revenant, Gravity, The Labyrinth of the Faun, Amores Perros, and Birdman are the most critically acclaimed and best-known movies made by Mexican filmmakers. All of these films gained huge box-office success and won their Mexican directors global fame.

A generation born in the 1960’s, these giants of Mexican cinema created a new wave during the 80’s. Using handheld cameras and tackling controversial topics that at that time were not welcome by the Mexican elite, they pushed boundaries and challenged conventions wherever they found them.

They finally gained acceptance during the 1990s, as Mexican society and the film industry began to become liberalized from strict censorship. The work of many of these directors finally saw the light during this period, after being banned for years. Many of these films were shown in international film festivals only to finally win global recognition as the great works of art that they were.

Mexican cinema had its Golden Age during the 40s and 50s. Despite being an exquisite and emotive form of cinema, films simply aimed to satisfy the internal market while taking care not to challenge the socio-political status-quo of the time.

The independent cinema movement of the 60’s set out to break this trend. However, this resulted in many movies being banned for decades.

There were a few productions, which due the talent of their filmmakers, did manage to evade government censorship. These films escaped censorship and became favorites of the emerging Mexican middle class.

This growing class of educated individuals began to cry out for a cinema that would address social problems, reflect their daily struggles, and break the silence over taboo topics that were an everyday part of Mexican life.

The following films are the best works from this period. They were the forerunners that paved the way for the New Mexican Cinema Movement that would spawn so many great films that are now being enjoyed on screens around the world.

The first Mexican film noir, Distinto Amanecer was directed by Julio Bracho.
The film tells the tale of the murder of a union leader at the hands of a governor who leaves no trace of the crime. After obtaining some documents that could link the governor to the murder, Octavio, a friend of the trade unionist, decides to move to the Federal District to start his investigation with the help of two acquaintances. The film shows the polarization of Mexican society during this era. It shows how people are forced to watch helplessly as the people in power do as they please.

Cheap alcohol and traditional dancing are the hallmarks of this cult film about Mexican society of the late 60s.

Considered one of the best scripts of Mexican cinema, the film’s excellent narrative and visual rhythm revolutionized the Mexican style of filmmaking. It tells the tale of an upper-class couple, who, tired of living isolated in their safe environment, well-off and also bored, delve into the social life of the city. By chance, they meet a group of friends who call themselves the Caifanes.

Written and directed by Luis Buñuel, The Forgotten is a direct social criticism of the abuse and prejudice that migrants and unemployed young people suffer at the hands of the proletariat.
The film is a neorealist masterpiece that is infused with touches of the surrealism, a theme often explored by the director. The film was initially censored in Mexico, and therefore not seen by many. However, due to its later recognition at the Cannes Film Festival, the film was finally released and able to deliver its message about the reality of social exclusion in Mexican society.

A film that heavily influenced Alejandro G. Iñárritu’s “Birdman”, Fando And Lis is widely credited as being a masterpiece of surrealism in Mexican cinema.

Full of dark poetic symbolism, the film follows a life of a young couple and their struggle with love. The male character is impotent and desires to reach the magical city of Tar. The female character is disabled and desires only to be with him. On their way, they discover a lost humanity that lives among fire and thrives on music, blood, hunger, and games.
Although it was not well received during its premiere in Acapulco, over time it has been recognized as one of the best surrealist films of all time.

Buñuel became a nationalized Mexican and spent his time between living in Paris and Mexico after having to flee the Spanish Civil War.
His film, The Exterminating Angel was another critique of high society. During a social gathering, a group of aristocrats find themselves unable to come up with a reason to leave. The result is that they are obliged to stay and to listen to each other for longer than they can stand. What transpires is a breakdown of political correctness as their instincts begin to overcome them.

On October 2, 1968, a group of students was massacred by the authorities in Tlatelolco, Mexico City. This black chapter in the history of Mexico remained an “untouchable” topic at that time.
Based on testimonies from families and survivors, Red Dawn tells this story and the outcome of the student movement that fateful year in Mexico. Filmed in secret, the film was ultimately censored by the government. Red Dawn saw the light one year after its initial censorship thanks to a movement from many parts of Mexican society. Upon its release, it became one of the most popular films of all time.

This film is a social realism and urban melodrama with touches of black cinema. The film follows the life of Mercedes, a cabaret dancer who supports his sister Beatriz. Mexico Hall is a film that perfectly portrays the mid-century world of cabaret, long before the Hollywood version that propelled Liza Minnelli to global fame.

The Shadow of the Caudillo (Julio Bracho 1960)

Directed by Julio Bracho, this film is based on the novel of the same name by the Mexican writer Martín Luis Guzmán. The film remained hidden for thirty years and was impounded by the government to prevent its publication. This was because it “generated a false vision of Mexico and its institutions”, to quote a government release from the time.

Sadly, the film was not screened to the public until 1990, meaning many died without seeing it. Audiences finally got to see its criticism of the way that power was corrupted during Mexico’s transition to a republic after the revolution.

Considered as the high-water mark of the New Mexican Cinema movement, And Your Mom Too was directed by Alfonso Cuarón and stared Gael García Bernal and Diego Luna. It was internationally acclaimed, including gaining a nomination for the Best Original Screenplay at the Academy Awards.

The second most acclaimed film from the New Mexican Cinema movement. Sex, Modesty and Tears was adapted from a screenplay by Antonio Serrano. It became the third highest grossing film in history in Mexico.
It tackles the problems of relationships and the changing roles of men and women.