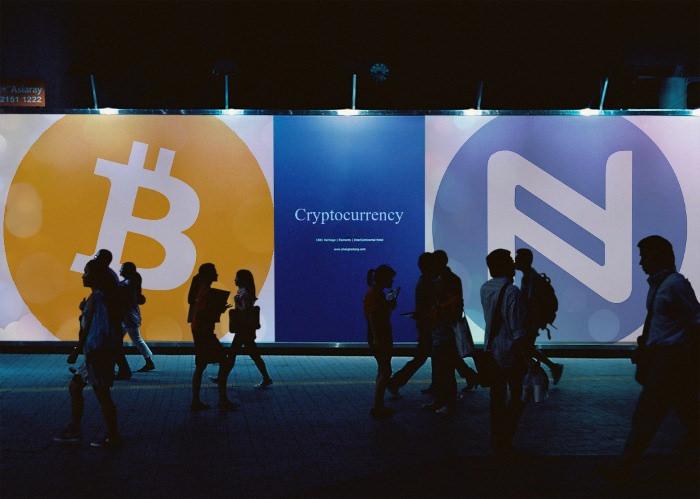 Struggling to get your film off the ground? Why not use a cryptocurrency to get it financed?

Ask any filmmaker and they will confirm that getting hold of the money to make their film is the hardest part the process. In recent years, emerging technologies have provided filmmakers with an increasing number of tools. These tools have helped filmmakers make their films look more professional and have helped make them less expensive. In the last few years, technology has also begun to help filmmakers find new investment sources.

It was the emergence of crowdfunding sites such as Kickstarter and Indiegogo around 5 years ago that really opened the door to independent filmmakers. Using these sites, filmmakers were able to pitch their film ideas to a large audience of potential backers who could then choose to support the film by pledging money. Though the site would take a fee for helping to gain backers, filmmakers would still walk away with 90% of the money.

Crowdfunding sites do take a great deal of savvy promotion to get individual ideas noticed. This also makes it harder to get the amount of funding that you need too. Many filmmakers have gotten around this problem by offering really enticing gifts such as movie memorabilia or even free tickets to their film’s premiere. As a result of this kind of innovation, a huge number of films have found funding through crowdfunding sites.

Crowdfunding is still a really viable way to get a film financed, though there is increasingly fierce competition for pledges. In late 2016, Indegogo teamed up with MicroVentures and launched a new Equity Crowdfunding site. It is designed to allow individual backers to take a small stake in the artistic projects that they back. This innovation dramatically increased the amount money pledged overnight and led to many projects exceeding their desired funding goals.

The rise of cryptocurrencies

It was only as recently as late November that Bitcoin finally broke the $10,000 barrier after rising in value by 50% over just the previous month. Bitcoin has undergone a meteoric rise this year. In April of this year, Bitcoin was hovering around $1,200 per coin and was only just beginning to garner global attention. The most obvious benefit of this dramatic rise in the value of Bitcoin is that anyone who receives payment or donations via this currency will almost certainly see them rise in value.

The most fascinating thing about cryptocurrencies, for anyone willing to look past getting rich, is the technology that underwrites them.

Bitcoin and Ether function solely as cryptocurrencies, where one individual can send another a payment without the need for government currencies or banks. To this end, they can be utilized by filmmakers to collect payments from donors who choose help you finance their next film using cryptocurrency.

For those people who have in-depth knowledge of how blockchain technologies are developing, you should be aware of Ethereum. Quite wrongly lots of people assume that Ethereum is another name for the Ether cryptocurrency. In fact, Ether is part of the Ethereum project and is a powerful blockchain technology protocol that allows users to generate smart contracts. These contracts facilitate users to exchange everything from goods to labor, completely through private and secure means.

So how can you finance your next film using cryptocurrency? Well, back in July of this year, a group of filmmakers became the first to raise their film budget through a crowdfunding exercise. It was managed completely through Ethereum contracts and allowed investors to give money.

In what has become known as an Ethereum Crowdsale, this group of filmmakers opened the doors on an entirely new way to get films funded. The film in question is called Braid, and the filmmaker’s Ethereum Crowdsale managed to raise most of the $1.4 million they needed to finance the film. Interestingly, since many outside the blockchain industry are unaware of this new technology, the funding has come from inside the tech community rather than from traditional art patrons.

Thanks to Braid, financing your next film using cryptocurrency is a real possibility, especially as the arts community begin to discover this new way to crowdfund money.

Reasons why blockchain technologies are better than existing funding systems:

So what are you waiting for?

To start raising money for your new film today, you only need to register for a cryptocurrency wallet so that you can then accept donations. For more information on how to do this click this link.

After you have your wallet set up, you are then ready to start promoting your film to get the pledges you need. You can choose any one of the ways mentioned in this article and any number of ones that aren’t. Other great ways of getting your film idea up and running include throwing a crowdfunding party, using online social media to post ads, etc. If you are still short you can consider even going to family and friends to get pledges for money.

No matter which way you choose to generate exposure, you can then ask for payments to be made via your chosen cryptocurrency. If you are lucky, the currency will continue to rise too, meaning that you gain even more money for your next great film.

How to Create a Movie Trailer for Your Short Film?