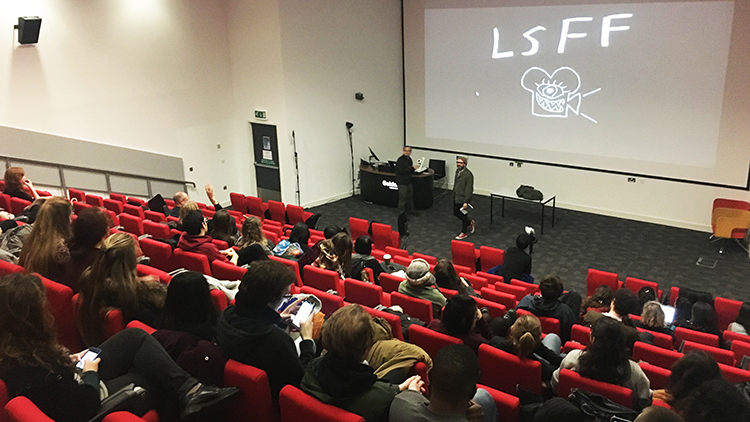 The London Short Film Festival, also known as the LSFF, screens a wide variety of movies that include drama, documentary, comedy, animation, experimental films and low-budget shorts. The festival aims to support short films by providing an opportunity for filmmakers to get their films seen by a wide audience.

Being one of the most popular short film festivals in the United Kingdom, the LSFF receives over 2,500 film submissions from the UK and other parts of the world. Of these, it selects around 500 films to be screened each year.

Some 94 percent of the festival’s events are sold to capacity, with 10,000 tickets reportedly being sold each year. This year, the London Short Film Festival saw one of its most diverse ever demographics in attendance. Attendees were 58 percent female, 20 percent BAME (Black, Asian, and minority ethnic), 23 percent LGBTQ (Lesbian, Gay, Bisexual, Transgender, Queer), and 6 percent Disabled.

The London Short Film Festival is acknowledged by the British Academy of Film and Television Arts (BAFTA) as a qualifying festival for its short film awards.  The festival has also earned the recognition and support of several other notable organizations. These include the British Film Institute, London Film School, the British Council, MUBI, Cinebox, Gal-Dem Magazine, The Video Show, Sheffield Doc Fest, The Guardian Documentaries, Random Acts, Nowness, Fat Llama, ENVY Post, Animate Projects, the London International Animation Festival, as well as many others. 2019 will mark the festival’s 16th anniversary. For this edition, the London Short Film Festival will dedicate its program to the culture of the 1980’s.

Among the highlights of the 2019 festival will be screenings of work by the Gorilla Tapes, Duvet Brothers, and Sandra Goldbacher. The Scratch Video Movement will celebrate 80’s pop music and will feature a live performance from Wrangler.

Among the films included in the competition are Blue Christmas by Charlotte Wells, Operation Jane Walk by Leonhard Mullner and Robin Klengel, The Hymns of Muscovy by Dimitri Venkov, Picking Up the Pieces by Sebastian Feehan and Josh Bamford, The Lost Head and the Bird by Sohrab Hura, Evidence of the Evidence by Alexander Johnston, Hell Hath No Furie by Kitty Faingold, Those Progressive Meats by Minoru Kurasube, Wishing Well by Sylvia Schedelbauer, and many more.

Aside from the film screenings, the LSFF will also offer a wide range of live music events, talks, workshops, Q&As, and various other entertainment to keep all attendees happy.

The History and Prestige of the London Short Film Festival

In 2008, the festival was renamed as the London Short Film Festival. Since then, the LSFF has been growing dramatically year by year.

Over the years, the London Short Film Festival has received the following recognitions:

“…A vital moment in the UK film calendar, and a beacon of inclusive and groundbreaking filmmaking from a diverse range of backgrounds. – The Voice

“A premier showcase for cutting-edge UK independent film, LSFF is renowned for its innovative cross-arts programming and showcase of the country’s raw talent for 15 years.”- RunRiot

“Film fans who prefer multimedia thrills to multiplex fodder have flocked to this festival since its inception.”- Metro

“With so few platforms left for aspiring directors, DoPs, editors and actors their hone their art, LSFF has never been more vital.”- CineVue

“…London’s bastion of cutting-edge short films and multimedia.”- The Times

“This is a festival not afraid to take creative risks and nurture new talent, something rarely seen in this age of austerity and conformity.” – i-D Magazine

“The best short film festival in the world!”- The Guardian Guide

Awards and Past Winners

The London Short Film Festival offers the following awards. The total prize money of these awards has a cumulative value of more than 12,500 British pounds. The winners are selected by an international jury appointed by LSFF.

Here are the Festival’s most recent winners.

The official film submission platform of the London Short Film Festival is the Film Freeway.

The call for entries for the 16th London Short Film Festival has now concluded. You can still sign up for the festival’s newsletter or visit their website to get an update on the 2020 film submissions.

If you need more information on LSFF’s program, history, film submission rules, and terms, you can visit the festival’s official website at https://shortfilms.org.uk.

When To Use Big Data Analytics To Improve Your Movie?