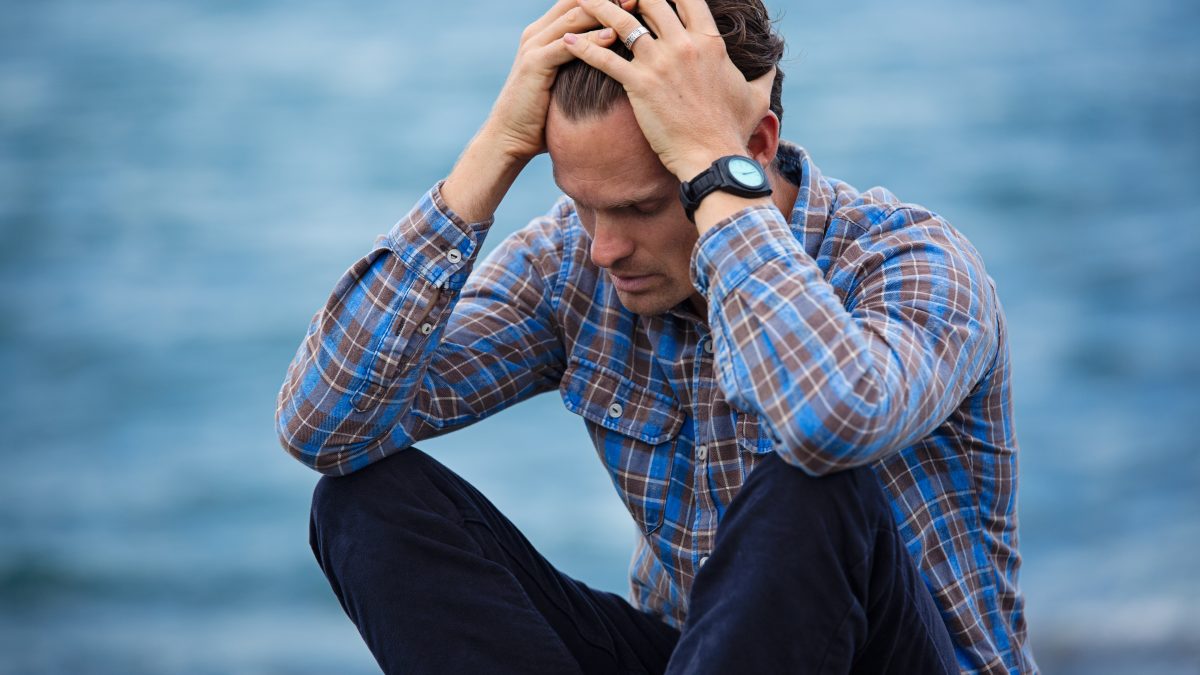 During a 2014 talk at MIT, tech entrepreneur Elon Musk likened the development of artificial intelligence to ‘summoning the demon.’ He later went on to tweet that AI ‘could be more dangerous than nuclear weapons’.

Meanwhile, other CEOs such as Mark Zuckerberg have championed the development of artificial intelligence as a force for good, noting that it could be used to promote massive advancements in healthcare technologies that could save millions of lives per year.

Given their opposite views, it is not perhaps surprising that after talking to Zuckerberg, Musk made a public statement saying that Zuckerberg ‘doesn’t understand the problem’.

Who turns out to be right, only time will tell, but this disagreement highlights the growing fear by some, and excitement by others, of the mass implementation of new artificial intelligence software solutions into traditional industrial processes.

The Past Points To The Future

It is quite amazing to learn that it is the movie industry that has been the slowest to implement AI-assisted, big data solutions into its existing business model.

Given that the film industry has always owed much of its revenue to advancements in technology, this fact is surprising, to say the least.

Take the example of the CGI segment of the movie industry and how big it has become in the last 30 years.

The first fully animated movie, Toy Story, managed to turn a nearly bankrupt Pixar Animation Studios into a global CGI player that would be sold to Disney for a record $7.4 billion in 2006. Thanks to Pixar’s focus on remaining on the cutting edge of CGI development, its movie releases to date have grossed a staggering $14 billion worldwide.

Well, if you have ever spoken to any industry insider, the first answer is that they don’t want to lose their job.

In a recent study, Oxford Economics predicted that “up to 20 million manufacturing jobs worldwide will be lost to robots by 2030.” Indeed, automation is set to have such an impact on the global workforce, that U.S presidential candidate Andrew Yang has made a minimum basic wage to combat the expected job losses, a central pillar of his campaign.

While the job losses within the movie industry are not expected to come for some time yet, some insiders are convinced that they will come.

These pundits have envisioned a future movie industry entirely run by AI.

As such, human directors, producers, screenwriters, and just about anyone else involved in a nonphysical capacity in the production of movies, would be replaced by an AI equivalent.

Today, all types of actors can be replaced by CGI generated performances or ‘Deepfakes’ as they have become known. The global VFX market that creates Deepfakes is expected “to reach USD 23,854 million by 2025, at a CAGR of around 11.4% between 2019 and 2025” according to Zion Market Research.

“Deepfake” is a term that combines the two terms “deep learning” and “fake”. It was Robert Zemeckis’ 1994 movie “Forest Gump” that first popularized the use of Deepfake performances. In it, the film’s main protagonist, played by Tom Hanks, meets and interacts with several famous historical figures such as John F. Kennedy and John Lennon.

Deepfake was used to alter the historical footage of the people in order to make it seem that they were really interacting with Hanks’ character.

This technology has now advanced to the point that it is now possible to use Deepfake to create an entire movie using dead celebrities.

An article in The Hollywood Reporter announced last year that 50s Hollywood superstar James Dean would be staring in an upcoming Vietnam war movie called “Finding Jack”. When it was announced, it sparked a furious debate online as to the ethics of using such technologies.

So now you can see how technology, in principle, has the power to replace just about anyone.

There are several problems with the above scenario, however.

Firstly, such technologies are a very long way off and would require AI systems to master the pinnacle of intelligence, namely, the ability to be creative.

Current technologies have no such ability. Rather, for the foreseeable future, AI will be a tool that will act as a supplement to conventional processes.

This is because current AI solutions are only effective at identifying trends or patterns in large pools of data. While it is true that these solutions learn to improve at identifying patterns the more they are used, it is important to realize that their learning is limited to what they are asked or programmed to learn.

A good analogy for understanding how AI solutions help is that they enable human data engineers to immediately see the sailboat in a Magic Eye picture. Without such programs, the human engineer might have to spend months, even years, analyzing this vast pool of data to ‘see the sailboat’.

However, it is important to realize that such programs are not able to design new pictures of magic sailboats by themselves. Such learning would require decades of them learning how to do so.

So What Can The Current Programs See?

The leading firms in this emerging industry have focused their technology development on several key areas. These are:

For the time being, the main area of growth in this market segment is going to be “Predicted Gross”. With this in mind, let’s examine predicted gross analysis in more detail.

Using sophisticated big data analytic programs, companies are able to extrapolate gross earning predictions for movies even before they have left the script phase.

By dissecting the ratio of specific genre elements of a particular script, these programs can understand the ‘ingredients’ of a movie. These ingredients can then be compared to a range of data sets that relate to movies with a similar recipe.

Let’s take a crude example, a script for a new romantic comedy. By comparing the exact proportions of genre elements such as the amount of comedy moments vs. romance, etc. Then, by cross-referencing this information with past examples, AI programs can extrapolate a gross prediction range in which the movie has a high probability of falling.

This might sound improbable, but when you multiply the single data set given above by ten, a hundred, sometimes thousands, it actually works. Several of the leading data-assisted moviemaking companies report predictive accuracy in the mid to high 80%, making this technology very accurate indeed.

Naturally, movie production companies are coming around to the importance of this technology, particularly when it comes to greenlighting decisions. Warner Bros highlighted this trend when it recently signed a deal to have its scripts analyzed in order to get gross predictions.

To put the power of this single application of big data in moviemaking into perspective, consider that the 6 major studios greenlighted 24 box office disasters in 2019 alone. The most famous of these, Terminator: Dark Fate is predicted to record a $100 million+ loss for its studio. Had the studios utilized big data analytics and not greenlighted 80% of these movies, they would have saved 100s of millions of dollars this year alone.

The other important consideration regarding the implementation of AI that it is important not to forget is that new technologies always create new types of jobs. Just as CGI replaced actors and set designers with Animators and Layout Artists, AI has already created new jobs such as movie data engineers, etc.

In another example, the shift from traditional film cameras to digital ones didn’t retire the movie editor but rather required them to retrain in order to use computer editing software.

Oscar-winning editor Thelma Schoonmaker stated, “I was a very reluctant convert to digital editing at first, but Scott was fantastically patient with me and within a few weeks I was completely over my grumpiness and happily able to edit digitally.”

When it comes to the sort term development of AI, there will be no replacement of any traditional movie industry jobs. However, just as with the switch from film cameras to digital ones, movie professionals will have to adapt.

So, for example, a movie director will find themselves working alongside data engineers who will be explaining the implications of data patterns. This process will continue throughout the entire production process and rather than being a hindrance, will actually empower the director to see the longer term effects of the choice that they make.

Again, this was often a role undertaken by producers, who will be freed of this task to focus on their core role ensuring the production has everything it needs. In the future, AI will shift this role off to data engineers who will act on reliable data analysis.

Rather than fearing this new technology, movie industry workers of all types need to understand how it will help them do their job better. Everyone from the director, writer, actors and actresses, production crew to the producers and distributors will benefit from the help AI data analytics offers at each step of a movie’s production.

While in the distant future, the development of much more sophisticated AI tools will force more radical adaptation, and perhaps eventually, will replace some of the roles currently undertaken by humans, this is a very long way off and won’t likely happen for generations.

The long and short of it is that producers, directors, writers and just about every other movie industry professional will not lose their job to AI anytime soon. While some emerging AI technologies will require professionals to retain or adjust, provided they are able to do so, then AI is not a technology to be feared for the foreseeable future.

The real danger for the industry is that production companies, producers, and other industry professionals who fail to harness the technology of AI and big data analytics risk ending up being left behind by the competition.

Given that a single movie flop can end the career of even the best-known directors, moviemakers can no longer afford to take the risk when AI will be preventing their competitors from doing so.