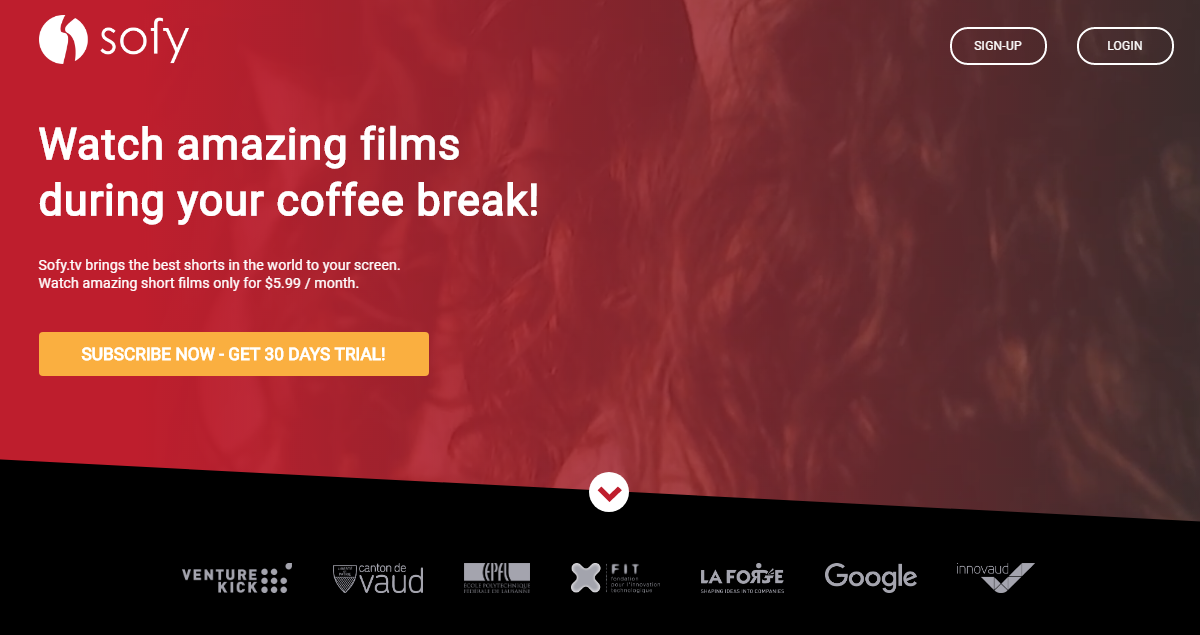 Sofy.TV: A Short Film OTT Platform for Indie Filmmakers and Its Advantage

For a while, it seemed that we would be watching all of our movies and TV shows under one
roof. Netflix created the perfect storm by offering a reliable video-on-demand platform where
users all over the world could access everything they wanted for a next-to-nothing subscription
fee.
Sadly, this dream was not to be. Seeing Netflix earning massive profits on their content, big
studios such as Disney and HBO decided to pull their content from Netflix and start their own
streaming sites. Added to this, Netflix’s own complacency when it comes to niches such as short
films meant that specialist video streaming platforms rose up to fill the void.
One example of this is Sofy.tv. Founded by a group of film fans who were frustrated at not being
able to watch their favorite short films in one place, Sofy.tv quickly grew into the world’s
premium short film-on-demand streaming platform.
If you are a lover of short films and are considering trying out Sofy.tv then here are the reasons
why you must try it.

Sofy.tv is one of the few video streaming platforms that is entirely dedicated to short films.
Unlike YouTube, content must be submitted to the Sofy.tv adjudication team for appraisal. All
Sofy.tv content is made by professional short filmmakers and it is only of the highest quality.
Many of the short films that are available on the platform are award-winning and critically
acclaimed.

What does any user need from their streaming service? Yes, you guessed it. They need lots
and lots of content to choose from.
Sofy.tv has a team entirely dedicated to sourcing new content. To date, the platform has 1000s
of great short films, many of which are not available anywhere else.
So, no matter if you like drama shorts, thriller shorts, action shorts, SCI-FI shorts, or even
experimental short films, Sofy.tv has a vast catalog of suitable films for you to choose from.

For years, the biggest thing strangling the short film industry was a severe lack of funding. Ever
since the advent of the long-format feature film, short films have struggled to find a distribution
channel that allows them to monetize their content.
The only real exception, at least until the advent of social media, was the music short. Thanks to
MTV, the short music video rose to extreme popularity and even commanded some of the best
directors in Hollywood.
However, for the feature short film, the financial drought continues. That is why Sofy.tv set about
creating a reward system for filmmakers who agree to allow Sofy.tv users to view their content
on the platform.
Filmmakers are now rewarded for their hard work financially by Sofy.tv when users access their
films. This allows them to reinvest this money into their next project, something which is helping
to revitalize the short movie industry.

Finding the movies that you like can be a real challenge. Each and every user has their own
unique set of tastes or preferences. This is why users need a reliable film recommendation
system.
Ask any software developer and they will tell you that the only way to create such a system is to
utilize the power of artificial intelligence, machine learning, and big data analytics. This requires
high-level expertise and so does not come cheap.
The team at Sofy.tv partnered with one of the world’s leading technology universities, EFT, to
create one of the most advanced movie recommendation systems. Loved by Sofy.tv users, the
Sofy.tv movie recommendation system allows users to effortlessly find all the movies they will
love.
To enhance the accuracy of this system, Sofy.tv users can fill in a quick questionnaire (the only
film streaming platform in the world that offers this service) and the system will then be able to
accurately suggest suitable movies for that specific user.

If you subscribe to Netflix or any other of the major video-on-demand platforms you will know
just how often the prices seem to rise.
Today, Netflix’s monthly subscription stands at around $20, or $240 per year. This is quite a
cost when you consider that now most people are required to pay for 2 to 3 streaming sites in
order to access all the content that they want. Again, most streaming services hover in the $20

per month region, or in the case of Amazon, come with added costs to rent content that is not
directly owned by the platform.
Sofy.tv costs around ¼ the price of the major film streaming sites. With 1000s of shorts in its
catalog, it, therefore, represents the best value for money you can get.
A great option for those who only wish to access the odd short film is to opt for the pay-as-you-
go option where you can pay on a per-view basis.

With so many advantages, short film lovers all over the world are flocking to Sofy.tv. If you have
not already joined the Sofy.tv community then the great news is that Sofy.tv offers 1 whole
month absolutely free of charge.
To take advantage of this fantastic offer, simply head to https://sofy.tv/ and click the free trial
button.