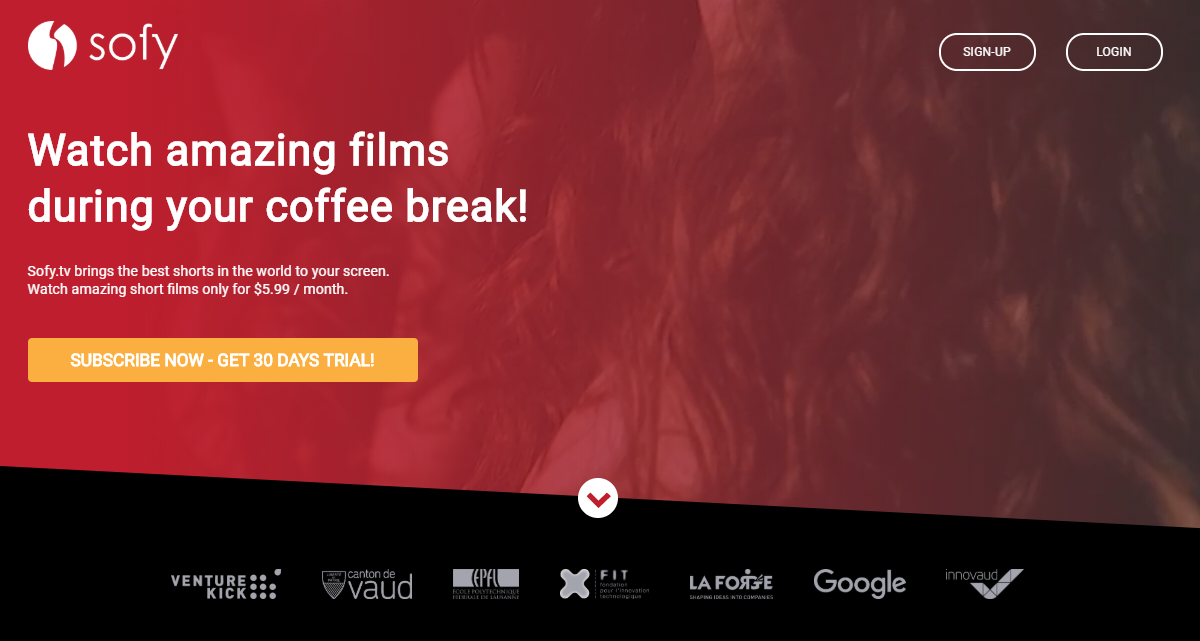 A lot can happen in a year.

The story of Sofy.tv has only just begun.

However, already in the platform’s short life, it has achieved many great milestones.

To celebrate this revolutionary short film video on demand platform’s first year of existence, we are going to look at joust how far it has come.

The official launch of the Sofy.tv platform took place during the 2018 Cannes Film Festival.

The platform caused a real buzz at the festival as it promised to be the most advanced and comprehensive dedicated short film viewing site in the world.

For too long, lovers of short movies had found themselves neglected by a movie industry that saw no commercial gain in helping them get to watch the films that they so wanted to see.

For decades, short movies were sidelined and viewed instead as a training ground for up and coming filmmakers. Naturally, this led to severe underfunding of short films, particularly when it came to distribution.

And so Sofy.tv was born.

The official launch saw droves of people flock to the site to sign up.

This led to “Sofy.tv boasting a 30 percent monthly growth rate within first its first six months”, something that caused a real buzz of excitement both in and out of the short movie industry.

Sofy.tv is proud to announce that short movie lovers continue to flock to the site in record numbers.

These figures reaffirm the basics of the Sofy.tv revolution – namely that there is no shortage of short film lovers, the problem has always been providing a way for them to access the movies they love so much.

Sofy.tv is a bargain. Priced at a meager $5.99 per month, the platform is $4 cheaper than Netflix.

For this money, members will get unlimited access to the platforms ever-growing catalog of 500+ short movies, many of which are award-winning and available nowhere else.

Alternatively, viewers can opt for the pay per view option which allows them to pay only when they watch a specific movie.

However, the real magic is not just in all the great movies that the platform makes available to viewers, but in the overall user experience.

What exactly do we mean by user experience?

Well, to start with, unlike platforms such as YouTube, ALL the movies hosted on Sofy.tv are only available in the highest possible quality format. This maximizes viewer experiences and so ensures they always get the best from the movies that they watch.

Following its member’s feedback, the site’s user interface was updated to enhance the user experience. This now means that members can find films simply and have all the information at hand to make a decision on whether or not to watch them. Another feature that was launched just a few months after the main site launch was Sofy.tv’s sophisticated new AI movie recommendation tool.

This tool is light years ahead of the competition. It works by actually dissecting the ‘ingredients’ of a particular movie and matching the most suitable movie recipes with the exact tastes of the viewer.

The amazing thing about this system is the more that members use the platform, the more accurate it actually gets.

All these factors led to Sofy.tv proudly being awarded the amount of CHF 100,000 by The Foundation Pour L’Innovation in Switzerland.

The team behind Sofy.tv is sticking steadfastly to its goal of creating a short movie revolution.

Their aim for the next year is to try to get the word to as many short film enthusiasts as possible that there is a place where they can go to get all their prayers answered under one roof.

With a massive catalog and numerous new films being added every week, Sofy.tv has enough movies to keep even the most diehard short film fan going for as long as they can keep watching.

The site now even offers a ‘favorites’ feature where fans can save all their top movies so that they can easily access them as much as they like.

Sofy.tv has not forgotten the moviemakers either. It continues to offer financial rewards to filmmakers who allow the site to release their movies. It will continue to do so as long as it has any members. So if you are a moviemaker who wishes to monetize their movie, click this link to find out how you can submit your film.

Last but not least, Sofy.tv wants to create a new appreciation for short movies amongst those feature-length film lovers who may never have watched a short before.

In an ever increasingly hectic world, Sofy.tv aims to create a new short film viewing culture where people of all ages can develop a love and habit of watching shorts.

Whether it is a short comedy on their way home from work, a short drama while waiting for the kids at school, or your favorite short movie to show at a ‘friends show a short movie’ night, Sofy.tv wants everyone to discover a love for short films.