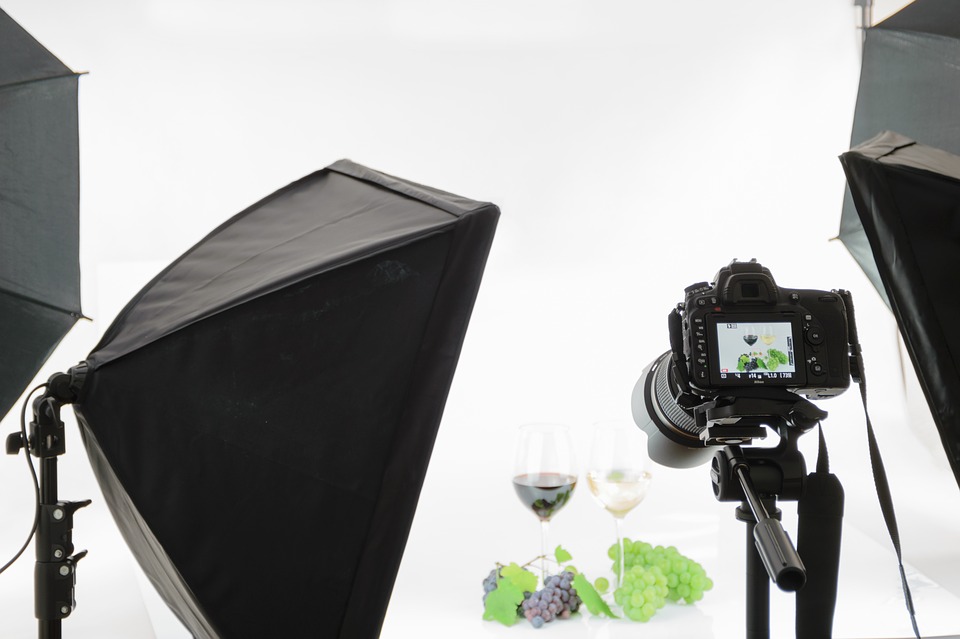 All of us love a great movie.

Fortunately, for you lovers of the ocean out there, Hollywood has made several superb underwater movies over the years.

Feature films like James Cameron’s The Abyss and Luc Besson’s The Big Blue tell stories of divers and their life underwater.

Documentaries like Last Breath, tell true-life stories of the dangers of commercial diving and the battle to rescue them when things go wrong.

Aside from these great diving movies, other films like Titanic, Waterworld, and Jaws take place in the ocean and feature some impressive underwater cinematography.

No matter what their theme, movies that take place on or in the ocean are not easy to make. This is where the media divers step in.

Media Divers To The Rescue

Commercial divers who work in underwater filming are known as “Media Divers”.

While this term generally refers to professionally trained underwater cinematographers and lighting experts, most divers involved in these productions have other jobs to do.

The number of commercial divers and the types of jobs that they will be needed to do differs from production to production.

Any movie that has underwater sets, for example, will require commercial divers to construct them.

Even if these sets are prefabricated on land, they will still require placement underwater as well as safety checks to ensure they are ready for the actors.

Divers will also be required to help with things such as complex light riggings, controlling underwater vehicles as part of filming complex underwater shots, as well as occasionally even being called upon to act in the movie.

One example of this is the James Bond movie Thunderball. Commercial divers found themselves taking a lead role after being called upon as to actor during the scenes final fight scenes.

Without commercial divers, underwater movie production would simply not be possible.

Media Diving And Their Equipment

Media divers get to play with some pretty fancy equipment.

To film shots for the BBC TV series Frozen Planet, divers were required to break through the arctic ice before venturing underwater to place cameras to film the local wildlife.

These very expensive cameras were remotely linked to the surface allowing operators to adjust zooms and angles for the best shots.

With only a small hole to the surface and over 300 miles from help, another diving team managed to capture some truly enchanting shots of Penguins under the ice using the latest underwater high-resolution cameras.

Can’t Get Bigger Than Hollywood

When it came to one of the biggest Hollywood blockbusters of all time, things got a little more complex.

James Cameron’s 1998 movie Titanic remains of the most expensive films ever made.

For realism, Cameron insisted on creating a scale model of the actual Titanic to film the sinking scenes.

Without computer-generated graphics or CGI, the actors and actresses were required to film in real water environments. To simulate the freezing conditions in which the Titanic sank, the water had to be as cold as possible, placing the actors and crew in bigger danger.

The model an interior sets were designed on a sophisticated set of computer hydraulics which allowed them to be tilted and therefore sunk.

Given the dangers of this approach, there was a constant need for safety divers should something had gone wrong.

Cameron used the latest underwater submersibles an ROV’s for the shots involving the actual Titanic wreck.

This was by no means easy.

The crew nearly lost and a very expensive ROV after it got snagged inside the wreck.

Despite working 5 miles below the surface, the crew managed to obtain some never seen before shots of the interior of the wreck like a car in the cargo hold and cabins of individuals famous from the story.

Fortunately, Cameron had a lot of experience of underwater filming thanks to his earlier movie The Abyss. The vast majority of the underwater movie’s scenes were filmed in an unfinished nuclear reactor in Gaffney, South Carolina.

It is not often that a movie crew have to operate in an underwater set 40 feet deep and containing seven million gallons of water.

Naturally, this meant shooting was a real challenge.

The shoot was so demanding that lead actress Mary Elizabeth Mastrantonio had to take a break from filming due to exhaustion while actor Ed Harris nearly drowned while filming a scene.

Despite commercial diver stunt doubles performing many of the underwater scenes, there was no option other than the actors getting in the water and filming certain scenes.

Sadly, The Abyss was to go on to preform poorly at the box office, something which could have been predicted by data-driven moviemaking companies such as Largo.

The company’s sophisticated AI big data analytics software would have identified weaknesses in the script that would have allowed Cameron to have adjusted the production to make it more appealing to audiences.

Other alterations that LargoAI could have flagged up included cast decisions and the removal of certain scenes which audiences would have found unappealing.

Another role that commercial divers fulfill when it comes to underwater filming is in a training and advisory role.

Naturally, given the story, both actors needed to get wet to shoot some scenes for the movie.

Late DIT instructor Richard ‘Rag Man’ Radecki found himself training De Niro how to dive. He was kept on as an advisor to help the actors and crew capture as realistic as possible underwater shots.

The shoot passed without a hitch and was a box office triumph upon its release.

How To Become A Media Diver

If you are interested in becoming a media diver then there are a few things you can do to make it happen.

Schools such as The Divers Institute of Technology in Seattle offer commercial diving programs that will see you becoming a fully qualified diver in 7 months. Once you have graduated then the next step is to get working.

Try to find jobs that carry experience that can be transferred to working on in underwater filming.

If you wish to become a specialized cinematographer or lighting expert then you will need to will do additional training in this skill also.

Remember, filming underwater is very different to filming on land.

The final tip on the road to becoming a media diver is networking.

All of the commercial divers involved in the Men of Honor production, for example, found the job through people that they knew from their commercial diving career.

From there on out, once you have your foot in the door, it won’t be long before you are making a living as it full-time media diver.

For those filmmakers out there who wish to take advantage of data-driven moviemaking, you can contact Largo for a free demo via this link.

Is AI About to Start a New Surrealism Art Movement?

Will Big Data One Day Kill The Movie Star?